Why Some Real Estate Deals Dont Close On Time 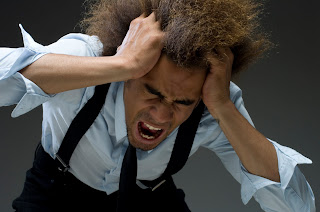 Ok so I understand that we all have time lines in this business, and of course I know that purchase contracts are time sensitive. That being said, the ugly truth is that there are going to be times that extending closing is just not avoidable. I was going to write this as a RANT, probably out of frustration or anger at being treated like an animal for the past few hours by someone who clearly doesn’t understand the process, nor the state of the current lending environment. But as I am writing this, I decided not to do that, instead I think its better to go through and break down the entire process for everyone in hopes that the little crash course benefits those who want to learn the inner workings of what happens on a deal and what a typical lending process might entail. Thinking about this clearer, it’s occuring to me that stooping down to the level of ranting is no better than someone doing the same to me. It also doesn’t help our industry any, other than proving some brief comic relief, and that’s assuming anyone actually finds me funny which may be a big stretch in and of itself! So here is the skinny of what typically goes on, and what we as a lender might go through in order to get your deal to a closing 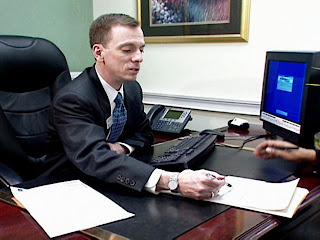 Buyer calls for pre-approval, all looks well, pre-approval is issued and the loan is disclosed. The buyer starts shopping with their favorite agent, but doesn’t find something immediately.
A month and a half has gone by now, and we finally recieve a contract. Buyer was approved for $100,000.00, but the contract is at $108,000.00. Debt ratio is tight, but it looks like after juggling some numbers we can make it work, so with that we proceed.

The file is checked for regulatory compliance including, Red Flag Rule, TILA, HOEPA, HVCC, MARS, BARSE FARSE, AND SCHMARS. Ok so those last four were made up, but you get the idea. We have a butt load of regs to follow.
We start processing the loan, and everyone is on their way to closing. A week later, we get a verification of employment back, none of the dates match up to the application. We go back, correct the application to match the dates but now there is a gap of employment of 90 days. We ask for clarification, and get a letter of explanation. Additionally, turns out most of the buyers income is not a salary but a commission. There is a guideline requirement of 24 months of earning commission for it to be used, but with the gap buyer is now short of 24 months of being paid this way. We review the deal again, and happy day we are OK to proceed because we find out they had prior history, or an exception was made, or it got dealt with some other way that satisfied the underwriter.

Now the credit report expires, and a new is required. We update credit and find out there is a new account, plus additionaly the SOB’s at the cable company hit the buyer with a collection for something that happened 3 years ago, but it’s only being reported now. With a lower credit score we re-look over the deal and it no longer approves the same way because the debt ratio is still tight. We play Juggle some more numbers, and by cutting here and trimming there the deal gets re-structured and back to an approved status.
At this stage almost 2 weeks has gone by, and the appraisal review comes back. The findings determine a declining market, with most prevalent sales coming from Foreclosed homes. They cant be ignored because there are too many and they are making the market right now. We order a rebuttal, and it comes back several days letter and is forwarded to the appraisal review company. They finally concede, and value is supported. (Hope we are always this lucky)

We carry on, and eventually the underwriter has cleared the file for closing! Yippeeee!
The file gets moved to a final status where the final quality control review is performed so that closing can be set up and closing documents ordered. FNMA requires a LQI, this is just a fancy acronym for saying pull another credit report as a “soft pull”. It doesn’t give back scores, but shows any new activity. Oh no, there is a new debt! We are back to having a debt ratio problem, and the deal is quickly falling apart again. Its back to the underwriter, where it gets reworked again between us and the underwriter. After 2 days of freaking out, light bulb goes off and all parties have figured out a way to lower the debt ratio in order to get the deal to fly again. Once again, the deal is trimmed here, and cut there and pretty soon we have much less profitable loan on our hands, but we made a commitment to all parties including the buyer so we concede in the interest of closing a deal and keeping everyone happy. We end at about 50% of where we started out in terms of revenue, but the deal is closing! Yipppeeee!

The closing department has a gizzilion deals to close, and best they cal do is get docs out within 48 hours. The property is an REO and the title company requires 48 hours for closing as does the seller. We get docs out, but the title company can’t open them because they never used the system and didnt see that they had register for access. Which by the way is clearly marked on every instruction page they recieve. By now most of the day has gone by, and we get a frantic call that they cant open the file. We send clear instructions and an new set of docs, and now at 6:48 PM we get a closing statement. We agree to stay late to approve it, but just as we review it the title company goes home. It’s now 7:30pm and we are still at the office, but cant get revised changes from Title anymore because they are gone. Apparently we are the only ones dumb enough to stick around that late.

Closing was supposed to happen at 10AM, but its now 12. We finally get the revisions we asked for but now closing will be at 4PM.

Closing Time- Yippeeee!…not so fast. Instructions required certain documents be sent to the closing department for review, its a contract closing so there is now way to email the documents to the funder from a remote location. Those don’t get to the funder until the next day. The next day, we issue funding authorization and the deal disburses. By now, everyone wants to pull their hair out of thier head, but is glad it’s over. Buyer got the home, seller sold a home, and all agents have been paid. Repeat, Close, Repeat, Close, and so the cylce continues.

Having the right Team Of Professionals can be the difference between closing and not closing. The Team here at Allied has the expertise to guide you or your buyers through the ever expanding maze that has become the lending market today. I highly recommend you make sure the right Professionals are working for you and that they know how to deal with the day to day challenges that pop up in the most effective way possible.

BTW, There’s a million other things I left out, but those will be for another post at a later time. 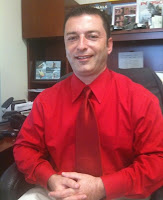 Get A Quick Quote

Your message was successfully sent.
Thank You!

Use Our Quick Calc To Calulate Your Esitmated Mortgage Payments